To film content in 360°, one uses an omnidirectional/multiple camera lens system, which simply refers to a 360° camera. Due to the presence of multiple lenses, the camera is able to film different perspectives at the same time. Each lens captures a perspective, which in combination with the other lenses forms the full 360° video. The photos below show how this looks in concrete terms, using the Samsung Gear360 camera. This camera consists of two lenses, each recording a 180° image. 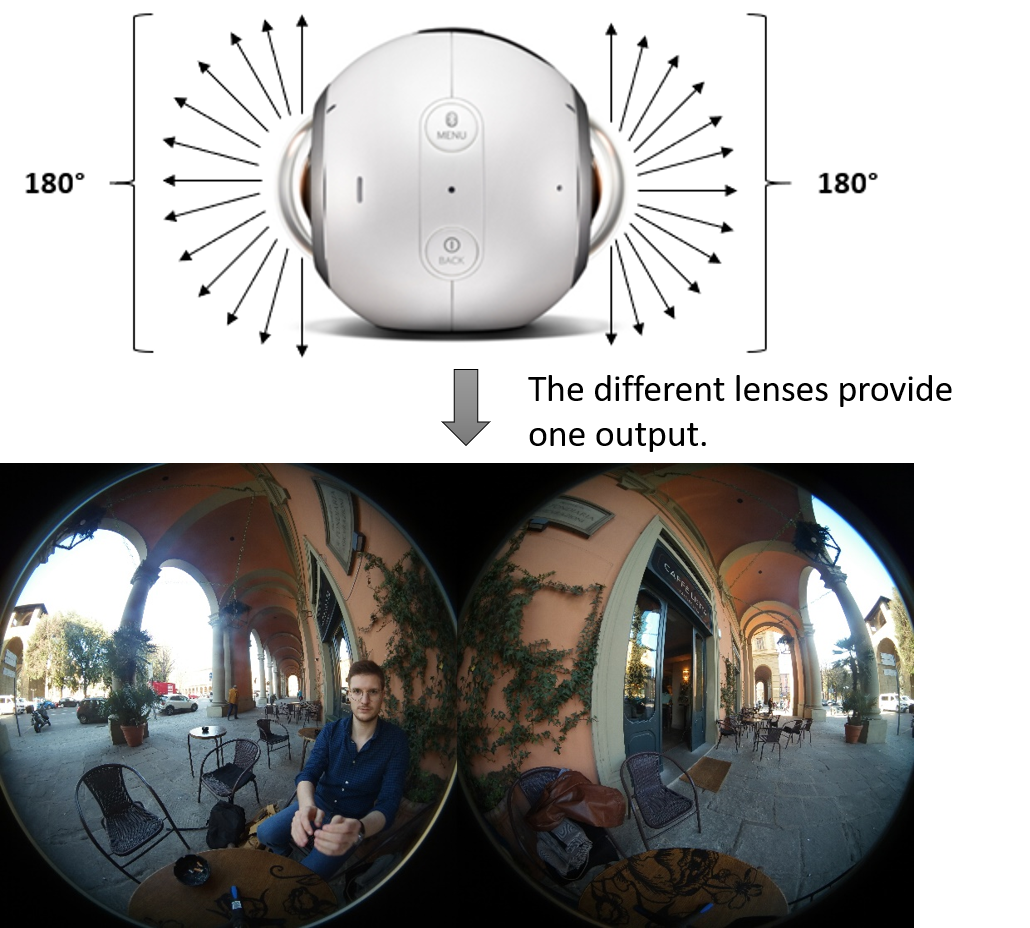